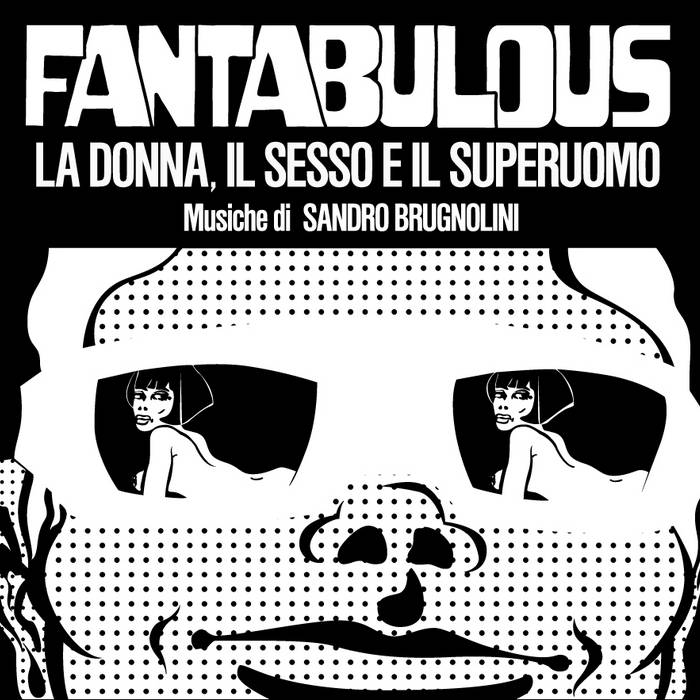 After GLI ARCANGELI, but before GUNGALA and L’uomo dagli occhiali a specchio, italian Master Sandro Brugnolini composed the soundtrack for FANTABULOUS, a stunning pop movie inspired by
 the world of comics, superheroes and secret agents, directed by Sergio Spina in 1967. The music is a mixture of jazz, mod sounds and psych-beat, where Brugnolini adapts his jazz leanings to the new musical fashions of the day: soul, R&B and psychedelia. This soundtrack was from ever almost officially out of print, languishing up to now in the deepest reaches of obscurity, much sought-after both for the elusive BEAT Records 7”, published at the time to promote the two songs in the film, but even more so for the original LP, a real ghost-album which never appeared anywhere or anytime. The Four Flies issue for the first time reconstructs this incredible soundtrack in its entirety, thanks to a meticulous restoration work obtained from two different master tapes kept in the personal archives of Brugnolini himself and BEAT Records. Also included is the 7” with two alternative mix (never before published anywhere) of the tracks performed by Gepy: a real treat for soul and R&B DJs all over the world.