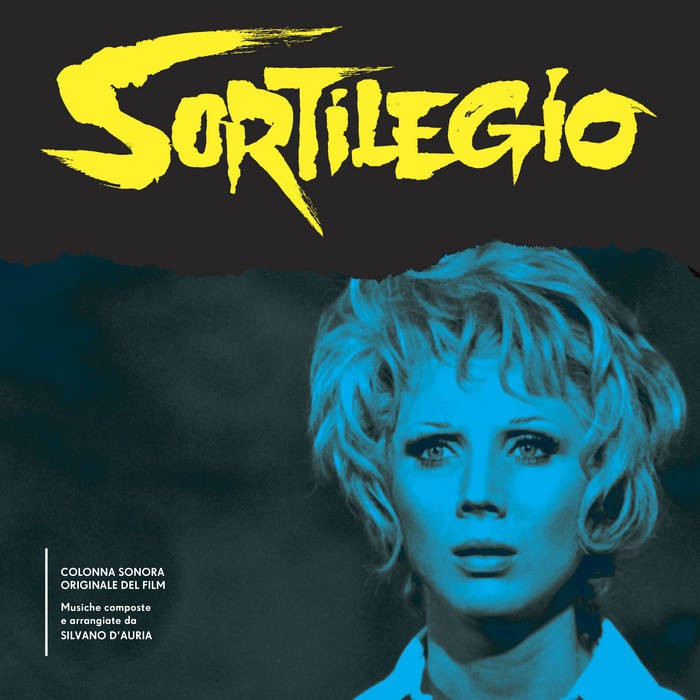 One of the most mysterious movies of the golden age of Italian cinema, “Sortilegio” is a visionary horror movie directed by Nardo Bonomi, starring Erna Schurer and the famous Italian director Marco Ferreri as a co-star. The movie also featured Corrado Farina (director of the legendary “Baba Yaga”) as assistant director.
As the influential Italian magazine Nocturno Cinema stated some time ago, the movie had never been distributed and is to be considered definitively lost.
Thanks to Four Flies Records’ meticulous research, at least the soundtrack of the movie survives: the original master tapes have been finally recovered and restored, thus to be released for the very first time.
Recorded in Rome at the famous RCA Studios, “Sortilegio” is a dark and esoteric soundtrack composed by Silvano D’Auria. The soundtrack casts a fine blend of jazz-funk and prog-rock elements, and features some of the greatest session musicians of those times, like Silvano Chimenti (his fuzzy guitars are unmistakable).

Four Flies Records has been on the radar of collectors and connoisseurs of soundtracks and library music from its inception last year. With the release of highly sought-after titles such as “Fantabulous” by Sandro Brugnolini, “La Poliziotta” by Gianni Ferrio and the compilations “Esterno Notte” and “Esterno Giorno”, which featured rare tracks from the RCA archives, Four Flies has immediately stood out for the quality of its reissues. Sumptuos deluxe limited 180 gr. editions, Four Flies’ works are accompanied by precious liner-notes and are enriched by archival images, original artwork and lettering designed by Luca Barcellona.

recorded in 1974 at RCA "Studio E" from Renato Coppola